The disease was first described by Shope in 1933. Among the papillomaviruses of animals, the rabbit papilloma virus is the most studied one. Shope papilloma is a benign tumor bounded by the epidermis. It is a high thin papilla of black or gray color. In vivo, tumors appear on the back, front of the head and on the ears; their diameter is about 2 cm. After about 8 weeks they disappear, but sometimes they persist for months. Rarely and only in wild American rabbits papilloma can degenerate into a malignant form such as epidermoid carcinoma (squamous cell carcinoma), often giving mata-stasis and leading to death. 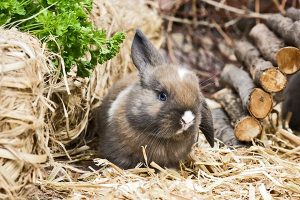 Morphology and Chemical Composition of the Virus

The double-stranded DNA is 6–8% of the total mass of the virion, has a supercircular shape (circular with secondary helices), with 20 turns in the primary helix, and the secondary helix consists of 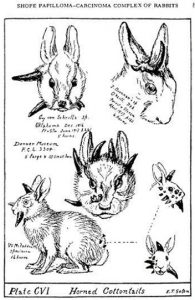 20 turns.  The sedimentation constant is 280–300 S, the floating density in CsCl is 1.34 g / cm3. It is easily filtered through Chamberlain and Berkefeld candles, but does not pass through the Zeitz filter. In the purified vaccinated material, 18 amino acids were identified. 28 are present in tumor cells, and 9 genomes of the virus are present in cultured cells.

Viral DNA is present in an integrated state with cellular DNA. The Shope papilloma virus is thermostable and is destroyed only at 70 °C after 30 minutes of heating. There are other data regarding increased thermal resistance. It is resistant to changes in pH in the range of 3-7, sensitive to ether and chloroform. The virus can be purified using fluorocarbon or precipitation with methyl alcohol. Particle density varies from 1.29 to 1.34 g / cm3 depending on the content of DNA. In acidic environments, the virus is thermostable. More resistant to X-ray exposure than most viruses. It is well-preserved in glycerol and in lyophilized form.

In sick rabbits, serum VNA appears. Virus-containing warts tissue of domestic rabbits induces the formation of AT during intraperitoneal inoculation. Extracts of papillomas from which it is not possible to isolate the virus, when administered intraperitoneally to healthy rabbits, cause the appearance of specific AT, i.e. they contain AG in some kind of masked form. In the body of sick rabbits, Shope’s virus induces the formation of the arginase enzyme. Therefore, in animals with papilloma, besides BHA, there are AT to this enzyme contained in autologous tumors. With AG, it is easily extracted from warts of domestic rabbits, more resistant to UV rays than infectious particles, and mechanically inseparable from the virus particle. The ability of rabbit cancerous tissue, developed from papilloma, to block the virus is associated with 3- and a-globuline fractions.

The RSK and PH show close relationships between 6 strains isolated from rabbit fibroids. Vaccine virus has not been established the kinship with herpes viruses, as well as Yaba and Tan viruses.  There is no AH related to Shope’s papillomavirus with cattle papillomatosis viruses, dogs and rabbit oral papillomas. The virus is adsorbed by red blood cells of a rabbit, human, monkey, guinea pig, chicken but HA does not occur. 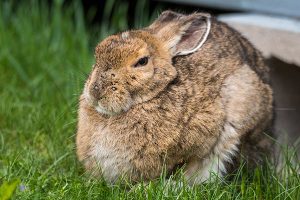 It is experimentally possible to infect domestic rabbits as well as several species of rabbit, rubbing the virus into scarified skin. When rubbing the tumor extract into the scarified skin of rabbits, 2-4 weeks later small papillomas appear, which either dissolve or merge into large conglomerates. Metastases and cancers are possible. The course of experimentally caused disease and flared up spontaneously in the same way.

In domestic rabbits, the tumor grows relatively quickly. It is fleshy, pink or soot, flat or towering, dry or juicy. The virus is difficult to isolate, although there are reports of serial passaging of the virus on domestic rabbits. It is unclear whether the hidden virus of domestic rabbits differs from the wild rabbit virus qualitatively or only quantitatively. Shope suggests that in the former it may be present as an incomplete virus, perhaps only as infectious DNA.

A highly sensitive system for the reproduction of the virus is the PECP cell culture. Multiplying, the virus causes the JRS in it and accumulates in a titer of at least 104 TCD50 / ML. With a massive infection of a culture of 5–10 pfu / cells, a brief suppression of cell proliferation was noted. Then, the reproduction rate was restored and morphologically altered cells in the form of elongated fibroblasts and containing inclusions began to appear in infected cultures. The effect of suppressing growth was used to titrate the virus. In the SP8 cell line, isolated from the papillomatous tissue of domestic rabbits, a specific viral hypertension was detected already in the first passages, then as the passage proceeded, the number of positive cells decreased and the viral hypertension stopped being detected.

However, if such cells were negative for viral AG, they were placed from 37 ° C to 30 ° C, AG was detected again, and after 2 weeks 80% of the SP8 cells turned out to be AG. The strain of Shope’s fibroma virus in a culture of transplanted rabbit kidney cells (line DSh1) differentiates both cytopathogenic and non-cytopathogenic. However, these strains did not differ in the rate of reproduction, type of plaques and antigenic characteristics in PH and thermolability at 56 ° C. An infectious nucleic acid capable of inducing normal papillomas can be distinguished from two types of papillomas: primary and Vx7 transplanted carcinomas.

In 5-10% of the cells of the granular layer of the affected area, DNA synthesis increases, the virus begins to multiply, apparently, in the nucleolus, where particles with a diameter of 33 nm are formed. Soon the rest of the nucleus is involved in the process, and then a large number of mature virus particles appear. The latter are arranged in ordering, but such regular crystal-like clusters, as with adenoviruses, does not happen. Some drugs may contain an incomplete virus.

How Is Shope Virus Transmitted?

Under natural conditions, the virus is probably transmitted by contact of healthy rabbits with patients in the presence of injuries, as well as, apparently, through ticks. Under experimental conditions, mosquitoes and bedbugs can transmit the infection. The possible participation of nematodes in this process was indicated. Possible transmission of infection from wild rabbits by domestic mosquitoes. Incubation period 1 — 3 months. How does Shope virus occur? Papillomatosis occurs chronically. At the onset of the disease, there is a thickening of the skin, most often on the stomach, neck, shoulders.

After 4–5 days, single or multiple tubercles — papillomas, initially small, then reaching 3 mm in diameter, appear sharply above the skin. Closely located often merge, turning into warty keratinous formations. The site of localization of the pathological process in rabbits most often is the mucous membrane of the oral cavity, less often — the skin of the body. The diagnosis is made on the basis of the clinical picture and histological studies. A large amount of melanin is found in the skin cells.

The general condition of sick animals is not disturbed. Possible spontaneous recovery from papillomatosis or degeneration of papilloma into a malignant tumor (invasive cancer), leading to death. The spectrum of pathogenicity in vivo is very limited. The virus causes skin damage in wild American and domestic rabbits. In the body of people who have had contact with the Shope papilloma virus, the virus may be in defective form in the form of a genome lacking the protein shell. The ill rabbits are immune to re-infection. Specific means for prevention are not developed.

Specific therapy of sick rabbits has not been developed. If necessary, it is possible to use surgery, cauterization electrocautery, strong acids. Papillomas are cut at the base, the wound is cauterized by lapis or formalin. In 1968, scientists received good results after a single subcutaneous injection of a suspension of several cut papillomas. On the 3d day, the papillomas began to disappear and by the 16th day completely disappeared. There were no recurrences during the 6-month observation period. It is also recommended to use autohemotherapy, diathermocoagulation and 5-6 washes with decoction of medicinal lungfish.

Prevention and control measures are poorly developed. General antiepizootic and veterinary-sanitary measures should be carried out. Sick rabbits are isolated and treated. For disinfection of vacated cells and inventory the same means as for smallpox are used.

Taking into account the positive results of the use of inactivated vaccine (suspension) from papillomas or the skin of patients, vaccination of rabbits can be recommended in farms where there is a significant spread of the disease. 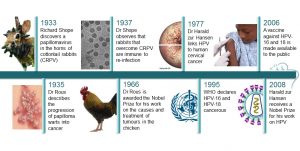