There is no vaccine that causes equally numerous and heated debates between experts, like the papilloma virus vaccine group. Twelve years have passed since the licensing of the very first one (Merd’s Gardasil), and all these years there have been discussions about the balance of benefits and risks. Gardasil and Cervarix, and also on whether h papilloma vaccine should become a national program or remain a matter of personal choice of the patient. We will discuss only the facts documented in the medical literature and expert opinions. So, let’s start. 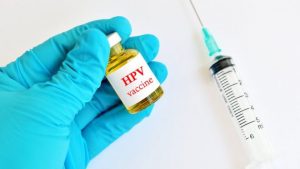 Why Is Papilloma Virus Dangerous?

There are more than 100 types of HPV, of which at least 13 lead to the development of cancer. The virus is transmitted through sexual contact, and most people become infected with it shortly after they begin to have sex. According to experts, most of the adult population of the earth at one time or another carries this infection without any symptoms, even unaware of it: the immune system copes with the virus on its own, without any intervention during the period from several months to 2 years.

Cervical cancer is the second most common cancer among women in the least developed regions: in 2012, approximately 270,000 women died from this disease, with more than 85% of these cases occurring in low- and middle-income countries.

HPV types that do not cause cancer (especially 6 and 11) can cause genital warts and respiratory papillomatosis (a disease in which tumors grow in the airways leading from the nose and mouth to the lungs). And although these diseases are not fatal, they are very unpleasant and worsen the quality of life.

What Vaccines Can Be Found on the Market?

There are three papillomavirus vaccines on the drug market.

The results of clinical trials suggest that vaccines are very effective and safe in preventing infections of HPV 16 and 18, especially if the human papilloma virus vaccine is given prior to exposure to the virus, therefore, it is preferable to vaccinate before the first sexual contact.

WHO recommends immunization of girls aged 9–13 years, and in some countries, vaccination of boys has also been introduced, given that Gardasil helps prevent genital cancer and the development of genital warts in both men and women.

So, everything is fine: the human papilloma vaccine is effective and safe, why not vaccinate everyone and not part forever with a few rare but life-threatening types of cancer, and at the same time with some unpleasant diseases? But as it turns out, the picture is somewhat more complicated. human papilloma vaccine side effects may take place.
Back

How Effective Is the Vaccine?

Experts do not yet know exactly how long the immunity provided by the vaccine papilloma lasts. Cervarix showed a decade of effectiveness, but it is unclear whether the immunity will last beyond 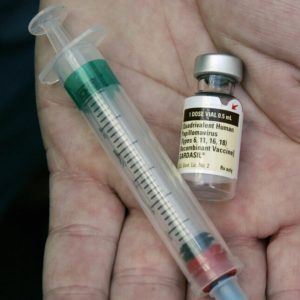 this period. As for Gardasil, it gives high titers of antibodies to HPV 16 of the type for 5-6 years, and from other serotypes for a shorter period. Men, it effectively protects against genital warts for 2.4 years.

Some researchers, however, argue that the decrease in antibodies in the body of vaccinated men and women still does not mean that the vaccine has ceased to protect against the papillomavirus. So far it is unclear what is the minimum level of antibodies that can give the body protection against this infection, said Louise Ramondetta, a practicing gynecologist and oncologist from Houston (USA), and calls on all doctors to promote the need for vaccination against the HPV. Some have convers concerning papilloma vaccine side effects.

Dr. Diana Harper, a staff member of a number of US research centers, one of the world’s leading specialists in human papillomavirus and the whole complex of related problems, has a different opinion. Harper took part in the development of both Gardasil and Cerwrix. She considers the availability of HPV immunization to be important and useful, and notes that, at the population level, universal vaccination will have a significant effect in third world countries where the gynecological monitoring system is poorly developed. These countries, according to WHO, account for 85% of all deaths from cervical cancer in the world.

Death from this disease is a rarity in the States, since a precancerous condition, namely, cervical epithelial neoplasia, is successfully treated. (The effects of treatment can make it difficult to give birth naturally, or contribute to premature birth, but it prevents cervical cancer).

So, going down from the population level to the individual level, it is important to state that for any woman, regardless of whether she is vaccinated against the papillomavirus or not, regular screening is necessary to detect the infection and, most importantly, precancerous conditions of the cervix.